HydroMax is a complete antidiarrheal, without antibiotic, formulated with different natural components. It acts on water and electrolyte imbalances and combats acidosis while allowing the dairy diet of affected animals to be replaced by easily digestible high-energy nutrients.

The study was designed to compare two different rehydrating products in order to assess their effects on the growth of piglets in weaned stage.

Both rehydrating products were dissolved in 3% water and poured in the dishes of the weaned phase pens.

The dosing schedule for both products was the following:

Three different tests were carried out for both products: the first two in sick animals that had been separated from the rest while they were given the doses, and a third test in healthy animals but smaller than the average at their age. 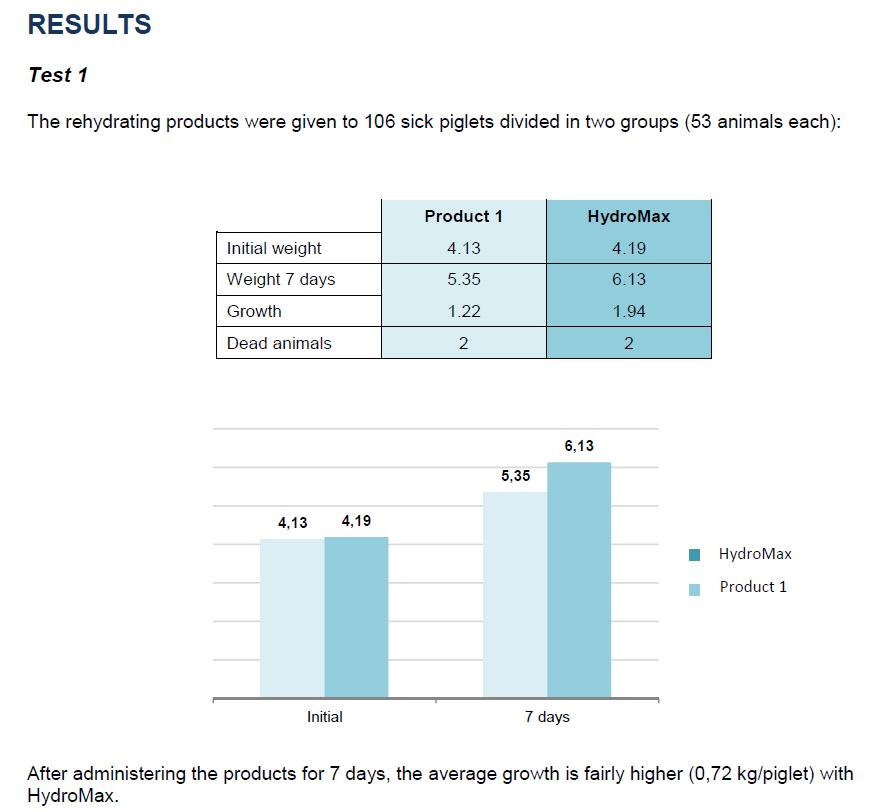 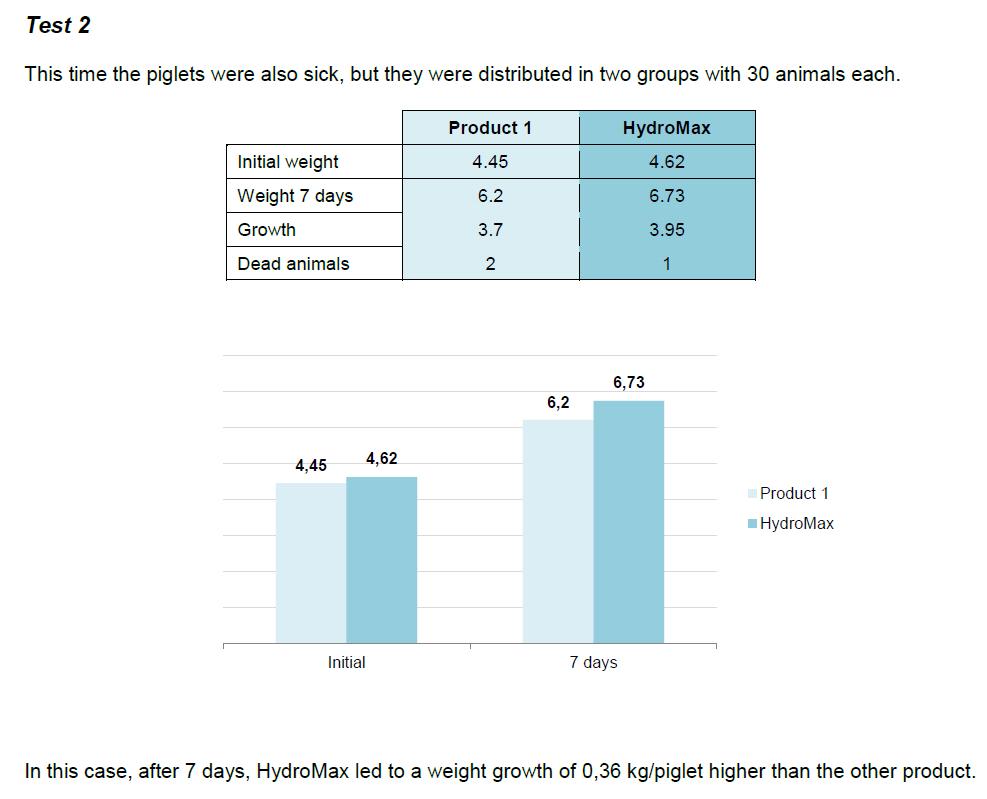 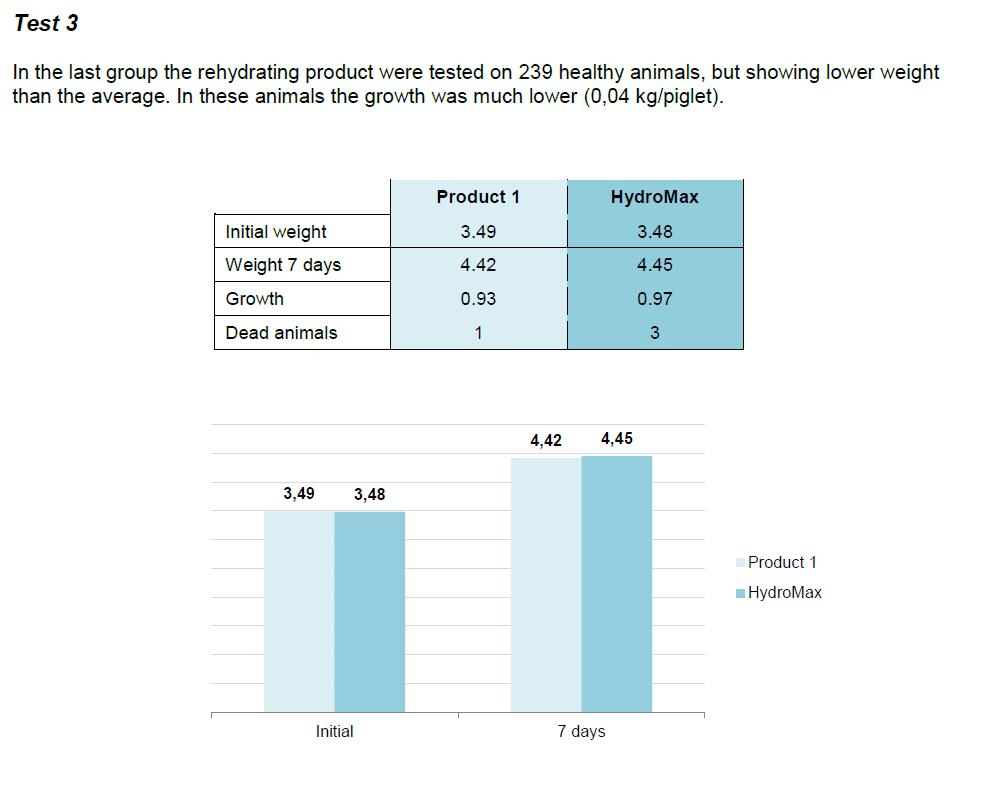 After the three tests carried out, comparing both rehydrating products, it can be affirmed that the use of HydroMax for 7 days caused a greater growth in the transition animals than Product 1 in the 3 tests.

This difference in favour of HydroMax was more significant when testing in sick animals that were separated from the rest of their batches (0.72 and 0.36 kg / piglet) than when the products were administered to healthy animals from lighter size groups (0.04 kg / piglet).